Carol Beckwith and Angela Fisher were recently featured and interviewed in several major magazines for their recent work, including images from “Painted Bodies.”

Lorna Gentry of the Professional Photographer Magazine, recently wrote a piece on “The Body as a Canvas,” which discusses Beckwith and Fisher’s latest book, and their investigative process into the ancient African art of body painting. Gentry wrote, “the vivid photos of painted and adorned bodies—some daintily dabbed with dots of paint, others lashed with bold streaks of color—mesmerize and uplift.” 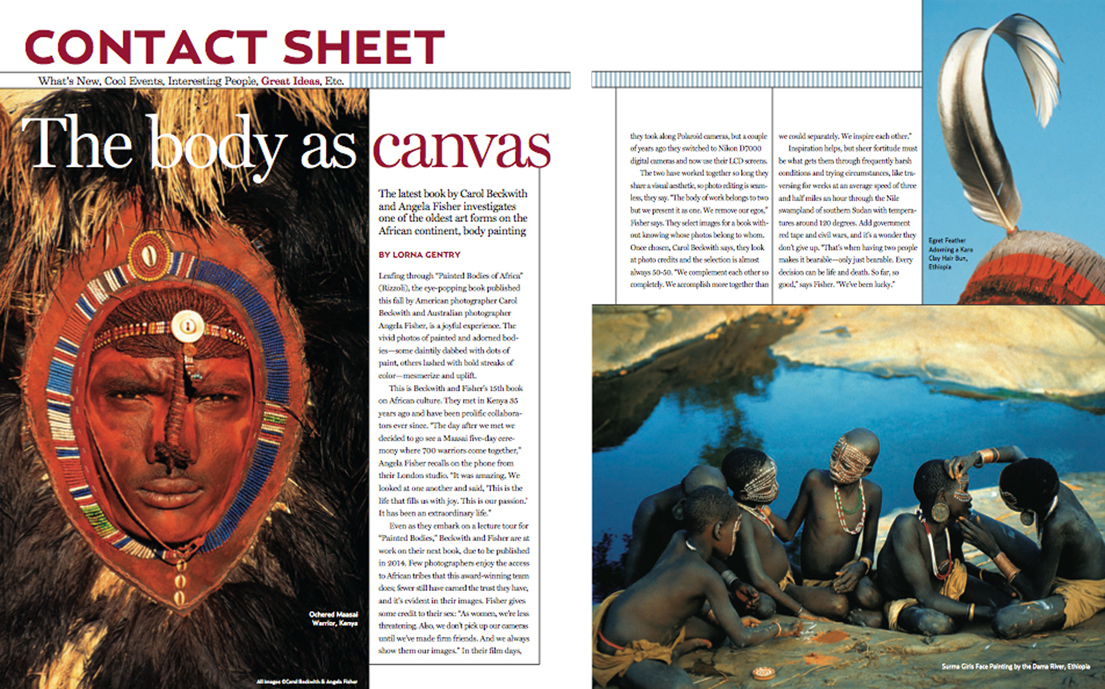 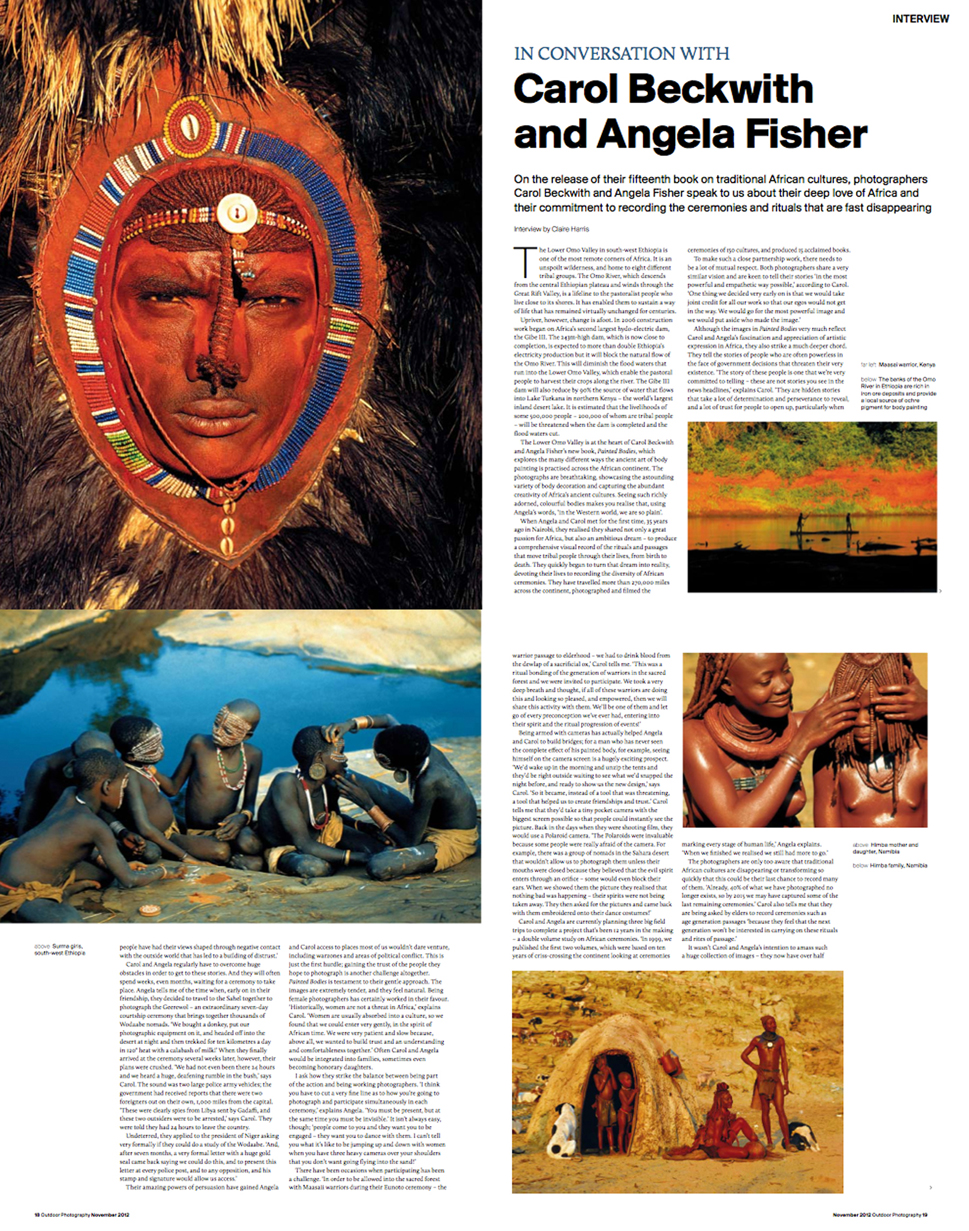 Beckwith and Fisher were also interviewed by Outdoor Photography on “their deep love of Africa and their commitment to recording the ceremonies and rituals that are fast disappearing.”

“The story of these people is one that we’re very committed to telling– these are not stories you see in the news headlines. They are hidden stories that take a lot of determination and perseverance to reveal, and a lot of trust for people to open up, particularly when people have had their views shaped through negative contact with the outside world that has led to a building of distrust.” -Carol Beckwith, in an excerpt from the interview with Outdoor Photography