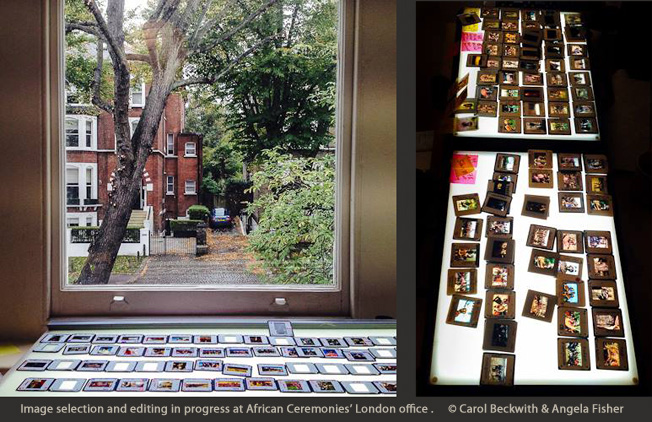 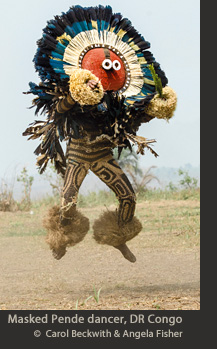 Drawing upon the last fourteen years of their extensive African fieldwork, and driven by the awareness that traditional cultures are changing fast, Carol Beckwith and Angela Fisher are working to complete the final two volumes of their ongoing record of African ceremonies. Included will be coverage of remaining traditional ceremonies in thirteen African cultures not included in their previous African Ceremonies, Vols. I & II. They left many of the most inaccessible countries until last and it was often an extraordinary effort to gain access into those remote areas and to travel through them. AFRICAN TWILIGHT is scheduled for publication in 2017.

“There are still fantastic pockets all across Africa, each with their own original cultures, little touched by the outside world, rich in tradition and highly individual in creative form. It’s been like walking through a doorway onto the distant past.”  Carol & Angela

Pictured above are a small sample of slides from their ethnographic field studies under review and consideration – only another 85,000 to go in their old school style editing process. 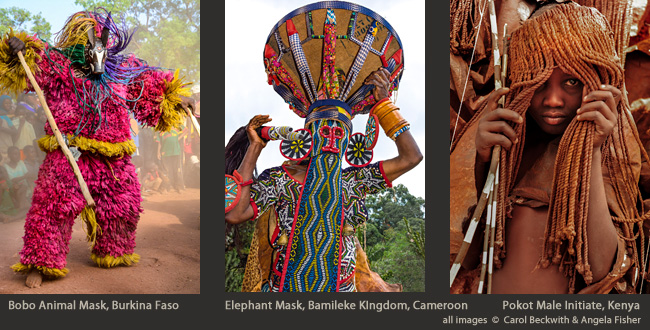