Africa is the cradle of humankind and a crucible of our creativity. It is the continent on which humanity first flourished and, two hundred thousand years later, it shows no sign of slowing down.

On a continent where urban city dwellers live within a few hundred miles of tribal hunter-gatherers, it is no wonder that Africa remains one of the world’s richest melting pots of art, culture and spirituality, producing artists, musicians and dancers that continue to inspire the rest of the world.

For the last 15 years we, Carol Beckwith and Angela Fisher, have continued our 40 year journey across Africa, seeking out remote communities, crossing thousands of miles through often extremely inhospitable terrain to record the traditional ceremonies, powerful art forms and boundless creativity of the people living there today. We have been granted rare access to record ceremonies usually closed to outsiders, including the Royal Igue Ceremony in the Palace of Benin, the Royal masquerade dances for the Kuba King of DR Congo, the Famidhana, the biannual rewrapping of the dead in Madagascar, and the secret inner rites of the voodoo sects of the Yoruba diaspora in Cuba.

Our recordings range from fireside rituals around the grass huts of the Bushmen in the Kalahari Desert, to Sufi moulid ceremonies in the neon-lit night time streets of Cairo, from young boys’ initiations into warriorhood in the forests of DR Congo, to the spectacular mask dancing festivals of Burkina Faso that draw crowds from all over West Africa, from the Maasai tradition of lion hunting as a boy’s rite of passage into manhood, to the Maasai Olympics which maintains these values by replacing the hunting of lions with the competition for athletic trophies.

Africa is changing at a dramatic pace. Over 40% of what we have recorded no longer exists. This book and exhibition situates traditional cultures in the contemporary moment – one of incredible cultural diversity and everlasting value. 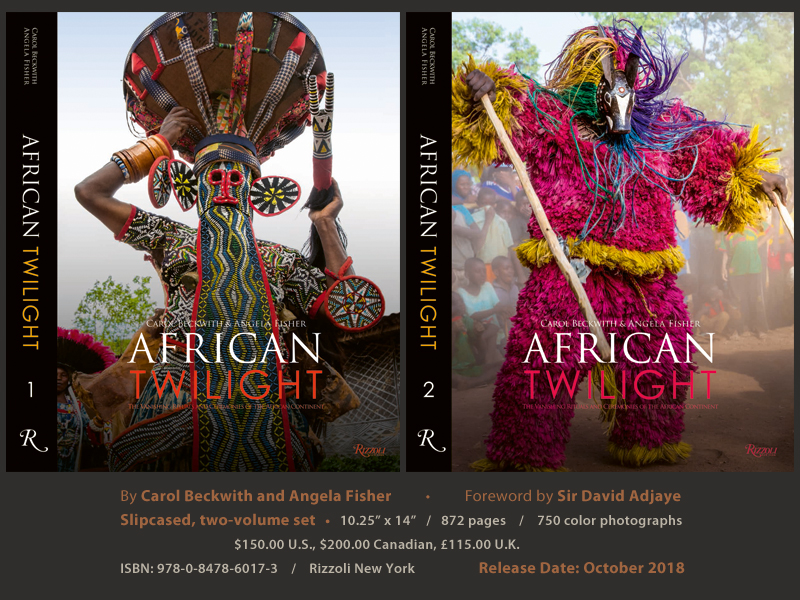